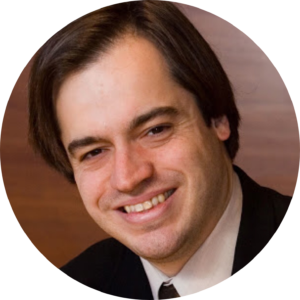 Mr. Witkowski also performs regularly with his wife, pianist Gisele Nacif Witkowski as the Witkowski Piano Duo. In a recent collaboration with the Bowen McCauley Dance Company, the duo gave numerous performances of Igor Stravinsky’s ballet The Rite of Spring, celebrating the 100th anniversary of the masterpiece. “Fabio and Gisele Witkowski played the four-hand piano arrangement as if they possessed the very paws of Fate”, described the Washington Post.

Mr. Witkowski has performed at the Tanglewood Institute, the Liszt and Wagner International Festival in Italy, the Prague International Piano Festival, Festival de Musica de Girona in Spain, and the Liszt Festival in Rio de Janeiro. He has appeared as a guest artist and professor in numerous music festivals, including the Amalfi Coast Music Festival in Italy, the Wintergreen Summer Music Festival in the USA, and the Ourinhos, Belém, and Londrina Music Festivals in Brazil. He is currently the co-director of the Hotchkiss in Florence Music and Arts Program in Italy and the artistic director of the Hotchkiss Piano Summer Portals in the USA.

Mr. Witkowski has been acclaimed by the critics as “One of Brazil’s most promising talents,” who “never fails to impress the audience,” and whose playing “is able to conjure up the devilish colors of an inferno as well as portray an ethereal paradise…” According to the Hartford Courant, “Mr. Witkowski revealed himself as an accomplished pianist, providing many passages of bravura, sensitivity, and pearly agility”.