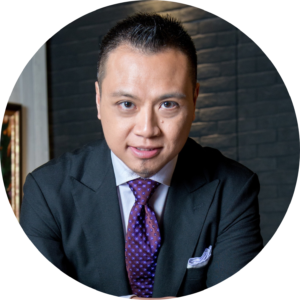 Critics have hailed Ernest So as a performer who exerts a “phenomenon presence on stage” and who “evokes the romanticism and technical brilliance of a 19th century pianist”. Mr. So’s early manifestation as concert pianist brought prizes such as the Bes​t Performer A​ward in Singapore and later the Beethoven Trophy. His years at the Juilliard School were spent under the artistic influence and instruction of renowned Beethoven scholar Jacob Lateiner (1928 – 2010); other teachers include Solomon Mikowsky, the late Constance Keene, and Jonathan Feldman.

Acclaimed for his wide concert repertoire, including not only standard concert works by composers such as Mozart, Beethoven and Chopin, but also masterworks by lesser known Russian, French, Spanish, and Latin American composers, such as Scriabin, Medtner, Kapustin, Stanchinsky, Bortkiewicz; Poulenc, Ibert, Aubert, Wiener; Mompou, Viñes, Blancafort, Malats; Guastavino, Ponce; Godowsky, Antheil, Chasins, and a host of many others. Besides active concertizing, Mr. So is equally devoted to musical education, founding Atelier des Artistes in New York (2000) and PerformNow in Hong Kong (2005), curating series of concerts each year in both cities. Mr. So has taught at the Kingston University (UK) and Hong Kong University; he currently serves as Distinguished Visiting Professors for numerous universities in China, and as the Vice-Chairman of the Asia Musicians Association.

Mr. So appears regularly in France, Germany, Spain, Czech Republic, United Kingdom, Austria; Kazakhstan in Central Asia; Hong Kong, China, Taiwan, Japan, Thailand, and Israel. An album on Latin American music was released in December 2012; a French music album in 2013 includes world’s premiere recording of piano works by Lucien Wurmser. The “Far Side of the Road” was released in 2014 compiling a programme of rarely heard works from Azerbaijan to Israel to France and Spain.

Mr. So has also given masterclasses and lectures on Beethoven, and is the author of numerous essays on music. He additionally uses his expertise to advise as a professional consultant on piano manufacture and restoration techniques, working for various leading piano builders and restorers; he is currently the Chief Technical Consultant for Asia Piano Japan. A personal friend of Paolo Fazioli and Luigi Borgato, two of the greatest piano builders of our time, Mr. So performs and records frequently on Fazioli pianos.

Besides his accomplishments in music, Mr. So is also an aficionado of the sartorial arts, an antique collector and is actively involved in philanthropical activities. As the Executive Member of the Au Kim Hung Love & Care Association, over 30 school buildings have been built in the provinces of Gansu, Guizhou, Guangxi, Hunan, and Guangdong, and thousands of impoverish students have benefited from scholarship and aids.

Since 2014, Mr. So has begun blogging his daily travels as well as his encounters with artistic personalities around the world. With over 100 blog entries and close to 10,000 hits, Mr. So’s blog is one of the latest contributions to the cyber landscape, enriching our knowledge of the world, of artists and their crafts.