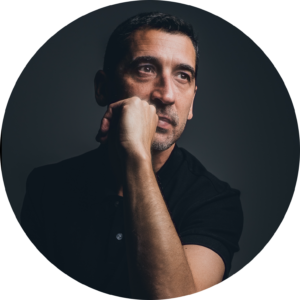 Ángel Sanzo is an internationally renowned Spanish pianist, who has become a regular name at concert halls and festivals around Europe, and recorded music with RTVE, RTSI, RBB, RTBF, RAI and RNM. He has given concerts in Austria, Germany, Italy, France, Belgium, Switzerland, Chile and USA, in prestigious concert halls and he has also played as a soloist with many orchestras, under the direction of Adrian Leaper, Enrique García Asensio, Max Bragado, Xavier Puig, Michael Thomas, Domenico Longo and Miquel Ortega.

Sanzo has been described as a pianist of exceptional talent and technique by international critics. He began his career in 1995, after his debut of Beethoven’s 3rd Piano Concert with Málaga’s Symphony Orchestra was enthusiastically received by audiences and critics. Sanzo’s expressiveness and technical precision give him a unique musical character that enables him to pay tribute to all piano music, as can be seen from his numerous acknowledgements for interpretations of Spanish music and Frederic Chopin’s work. His comprehensive repertoire of chamber music has taken him all over Europe with other prestigious musicians such as Shirly Laub, Benjamin Dieltjens, Tai Murray and Ángel Luís Quintana.

Sanzo teaches at the Badajoz Conservatorio Superior de Música, where he has become one of the most requested tutors by Spain’s universities and conservatories, and where he tutors frequent masterclasses and courses for perfecting technique.